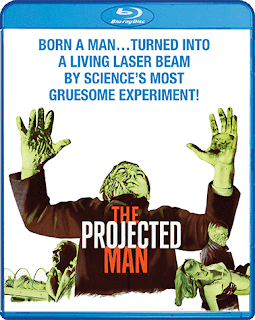 Scream Factory have just announced they're  going to release the 1966 sci/fi horror THE PROJECTED MAN at some point next year. A placeholder date of "Jan. 30, 2018" is listed on the website, so hopefully we're looking at somewhere in the first quarter.
Most famous for Famous Monsters of Filmland readers as they would run mouthwatering stills from it periodically, it was released on DVD release about 10 years ago in Great Britain (which was cropped to1.78 from the film's 2.35 aspect ratio) and this has been the film's solitary legit release. Starring Bryant Haliday (DEVIL DOLL) it plays upon the standard wronged and disfigured scientist whose now looking for revenge and co-stars Mary Peach (wife of Hammer's Jimmy Sangster) as the love interest and female in peril.
Produced by U.K. company Compton Productions it was picked by Universal in America where it played on double bills with ISLAND OF TERROR. Although a cheap looking production it does have some effectually gruesome make-up and Shout's release will help fill a hole a long standing hole in your British horror collection. 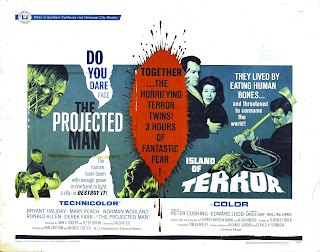 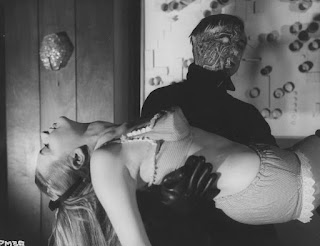